This year my sister completed her Masters degree in Engineering for Sustainable Development at Cambridge University. My mom, aunt, and I visited her there at the end of March before going to the Lake District. All photos by Amy Pieterse, except where noted.

If Cambridge is a fairytale, then the Lake District is heaven. Visiting that part of England, it was not hard to see why the Romantic poets took such great inspiration from nature.

Just like the Romantics, I struggle to find a way that would capture the feeling of the Lake District. Words fail in the presence of an earth so prehistoric, so sublime.

We stayed in Grasmere, the home of William Wordsworth. Our guesthouse looked out over the lake and mottled green hills. Each grey morning we would wake up to the bleats of our neighbour’s lambs, and the sight of swans landing on the water.

If there is anything one must do in the Lake District, it is to go walking among the fells. We had planned a short and easy walk, but accidentally took one of the harder routes in Grasmere.

It was the happiest mistake of my life.

I can still feel the ice-cold wind on my face, the muddy ground beneath my feet. The ecstasy.

The walk became progressively harder as we reached a steep slope. My sister and I pushed ahead of our mom and aunt, running into some soggy sheep. We could hear the sound of water flowing beneath a rocky wall. Sweaty and breathless, we paused to take in the exquisite panorama before us.  I called to my aunt and mom that they had to come and see. “Fuck off!” shouted back my struggling aunt.

As we reached the peak, the sky touched the earth, and a soft rain began to fall. It was wild and unapologetic. Two friendly hikers informed us that we had in fact just climbed Silver How, the trek we had been trying to avoid. All I could do was smile.

While heading back down to the village, we came across an extremely friendly and energetic little dog called Otto. Panting and excitable, he looked how I felt.

I would stay in the Lake District for the rest of my life if I could, ambling through the hills, absorbing the tranquil atmosphere.

Away from the clamor of daily life, it was like returning to my body. It was as though the landscape was an essential part of my being.

For now, it resides within me as one of my most joyful memories. And nobody understands this better than Wordsworth himself:

“For oft, when on my couch I lie

In vacant or in pensive mood,

They flash upon that inward eye

Which is the bliss of solitude;

And then my heart with pleasure fills,

And dances with the daffodils.” 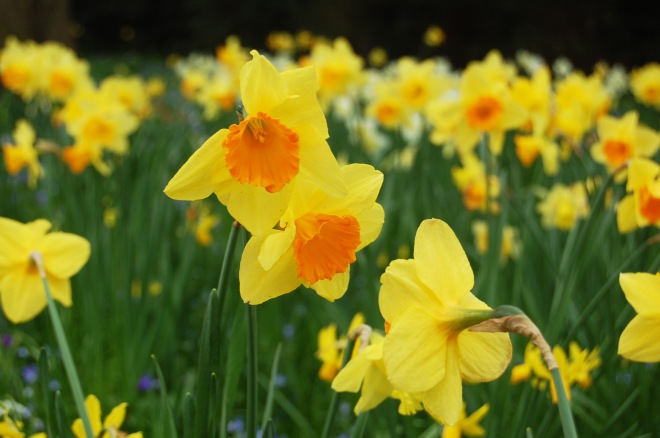